As a component of my Conservation Practice module, we began (much to my fulfilment) learning about the importance of, and the roles, of animal behaviour in conservation.

It’s been a joy to combine my two passions!

Therefore, in order to carry out our own study and to gain a further insight into the area, we headed to Welsh Mountain Zoo where we proceeded to carry out a chimp practical.

Peter (a keeper at the Zoo) gave us a talk about the chimps, their feeding habits and ways in which we could identify each individual, since there are 11 chimps living at the zoo (including males and females) this could’ve been considerably difficult. Some chimps were easy to distinguish, especially Mabel, since she was the oldest of the group, the smallest and had noticeable sexual swelling on her behind.

It was interesting to hear about the chimp’s captive diet, where they are fed a range of vegetables and special primate pellets, alongside fruits occasionally acting as a treat. I believe the prime feeding method used is scatter feeding, which is wonderful at replicating natural feeding habits and encouraging foraging (searching) behaviours. And, of course, limiting boredom and creating both mental and physical stimulation.

The process began by placing ourselves into groups of six, enabling us to work together to compile a list of behaviours and codes which we could implement into our ethograms. Ie: feeding, movement and resting behaviours. The behaviours noted were then coded, so (for example) feeding was listed as FE.

We divided the group into pairs, with one group observing their chosen male chimp, whereas my friend and I studied an easily identifiable female chimp – Katie. 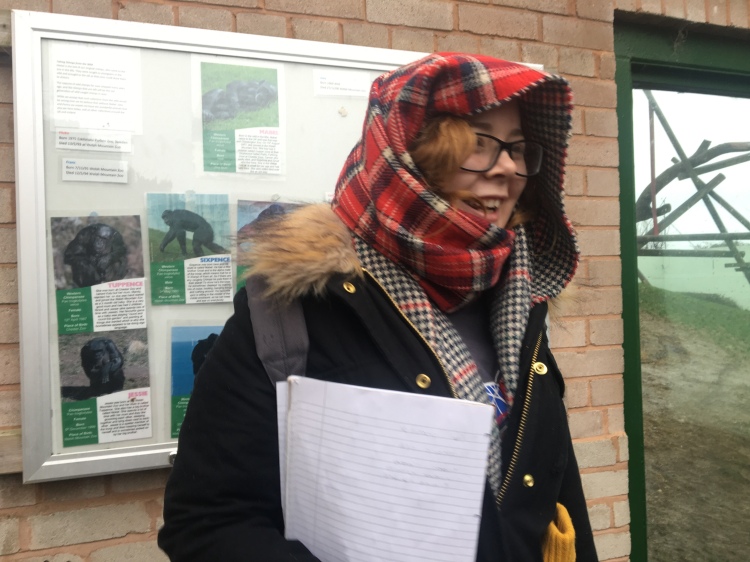 For a duration of one hour we kept our eyes on Katie, closely observing her every move and flinch. To implement accuracy to the study, we ensured we didn’t take our eyes off Katie, as we wanted to avoid missing any behaviours, with one of us engaging in recording duties and the other acting as the source of information in regards to the behaviours being carried out, alongside the times they began and finished. And some behaviours interestingly had a longer duration than others and it was wonderful witnessing Katie using a stick as a tool to aid her foraging behaviour.

During the practical, we noted a range of behaviours. Including perching, feeding, climbing and vocalisations which were noted shortly after being fed, as Katie proudly left the outdoor area, walking back indoors mischievously armed with vegetables.

After an hour, the alarm ringed and it was time to end the experiment, which was a blast to carry out! The information gathered could then be collated into an organised ethogram, preferably in hierarchical order, which can be added to our behaviour reports. 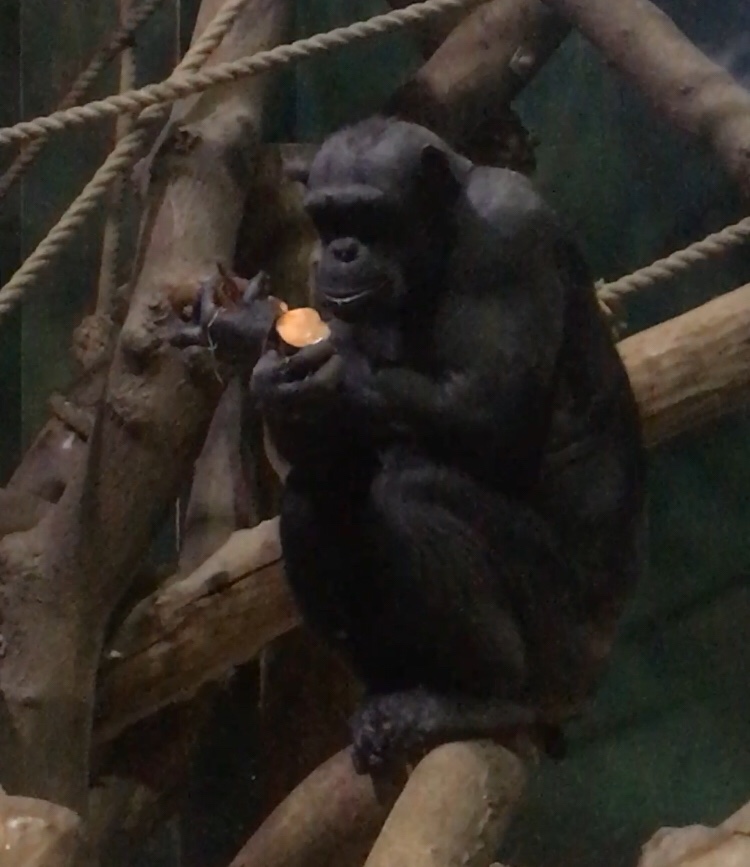